The NetGods Must be Crazy

Tales From The Bitstream

Welcome to "Ask the Net Gods," where the authors humbly give up their allotted space to the folks who can answer the Really Hard Questions. So light the Net Gods' favorite incense (Acapulco Gold), consult your magic (rearview mirror) crystal, and astrally project your superego-id out to the farthest edge of the Pleiades, where you, the humble cyber-pilgrim, can find the Virtual Authorities on Cyberspace.

How do I get on the Internet?

The Net Gods are getting tired of this question. Ask any 12-year-old.

Okay, I got an Internet provider. Now where are all the babes?

What a typical guy question. Forget all those AOL ads with the gorgeous sexy chick in 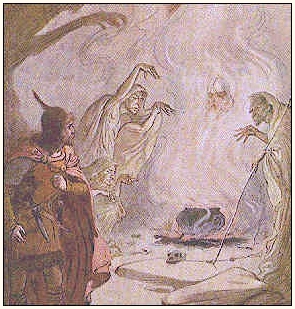 the tight Spandex catsuit intimating she has actually used a modem in her life. The Net Gods say the babes are everywhere you think they're not. In other words, anyone in cyberspace claiming to be a breathtaking babe is invariably a blue-haired old grandmother, an acne-scarred teenage heavy-metalhead, or an aging gay novelist who laughs himself silly to see grown men falling all over each other in local chat rooms trying to make time with someone they actually believe was Miss September 1991.

What's the best "Web Browser" to use?

Whichever one will utilize really waycool hot new Web programming applications but which is not currently compatible with whatever operating system you have.

How do we know there really are Net Gods?

Zaaappppp. Any questions? Next time it won't be just the modem.

OK, OK ... but if there really are Net Gods, then why are there bad things on the Internet, like multilevel marketers, Scientologists and right-wing Republicans?

Next, you'll want to know how many bits can dance on the head of a microprocessor. The Net Gods assure you there is also Karma on the Net, what goes around comes around, and that They will get Theirs. OK?

What about pornography on the Internet?

What, where to find it? You dirty little pervert! You know what we do with …

No, no, I mean will it be abolished by Congress, religious zealots and other demonic forces?

Taking the long view, which we as Net Gods always do, we foresee that the issue will mysteriously disappear after the November election.

Why did Germany pressure Compuserve to censor all the dirty newsgroups in Usenet?

Because the Germans feel they have the right to require their only Internet provider to protect Germany's generous population of violently bigoted loud-mouthed hate-filled Nazi skinhead Internet propagandists from talk that might injure their delicate sensibilities.

I have an Internet Service Provider and my girlfriend is on America Online. Is the relationship worth pursuing?

We assume you are asking the Net Gods this because you can't afford to call the Psychic Hotline, but the sad answer to your question is "uh-uh." If for no other reason than that AOL is banning so many words from use on its service that it will not be long before members cannot complete simple sentences in English.

No, actually Satanism is a front for a secret Prodigy cult. But don't tell anyone.

I just put up my own "Home Page" on the Internet and so far I'm the only person to visit it other than my mother. Why?

Because, Grasshopper, thousands of people are putting up personal home pages every day. The Net Gods approve of this, but didn't foresee that 90 percent of all self-published pages would consist of photos of beloved pets. We're omnipotent, not prescient.

We would like to point out that if all of America Online's alleged 4.5 million customers took them up on their free home page offer, it would take almost 43 years, at five minutes a page, for one person to look at them all. We're surprised your mother bothered.

I emailed the president DAYS ago and he hasn't gotten back to us yet. What's his problem?

The Net Gods don't know. President Clinton always writes US back promptly. Are you sure you have the right email address?

I don't give a flying floppy disk about the Internet and I think the very idea of Net Gods is blasphemy. What do you think of that?

We keep track of your kind, and make sure your kids get free upgrades of "Mortal Vivisectionist Combat-Nazis of Doom" and all Microsoft products.

"Ask the Net Gods" is a sometimes feature of "Tales from the Bitstream." If you have a real or a good smart-ass question, we'd love to hear it. Submissions may or may not be answered, and may or may not be used. If there's enough interest, we'll make it a regular feature of the "Tales" home pages.

Again, you can reach us by e-mail at: jeffbot at this domain